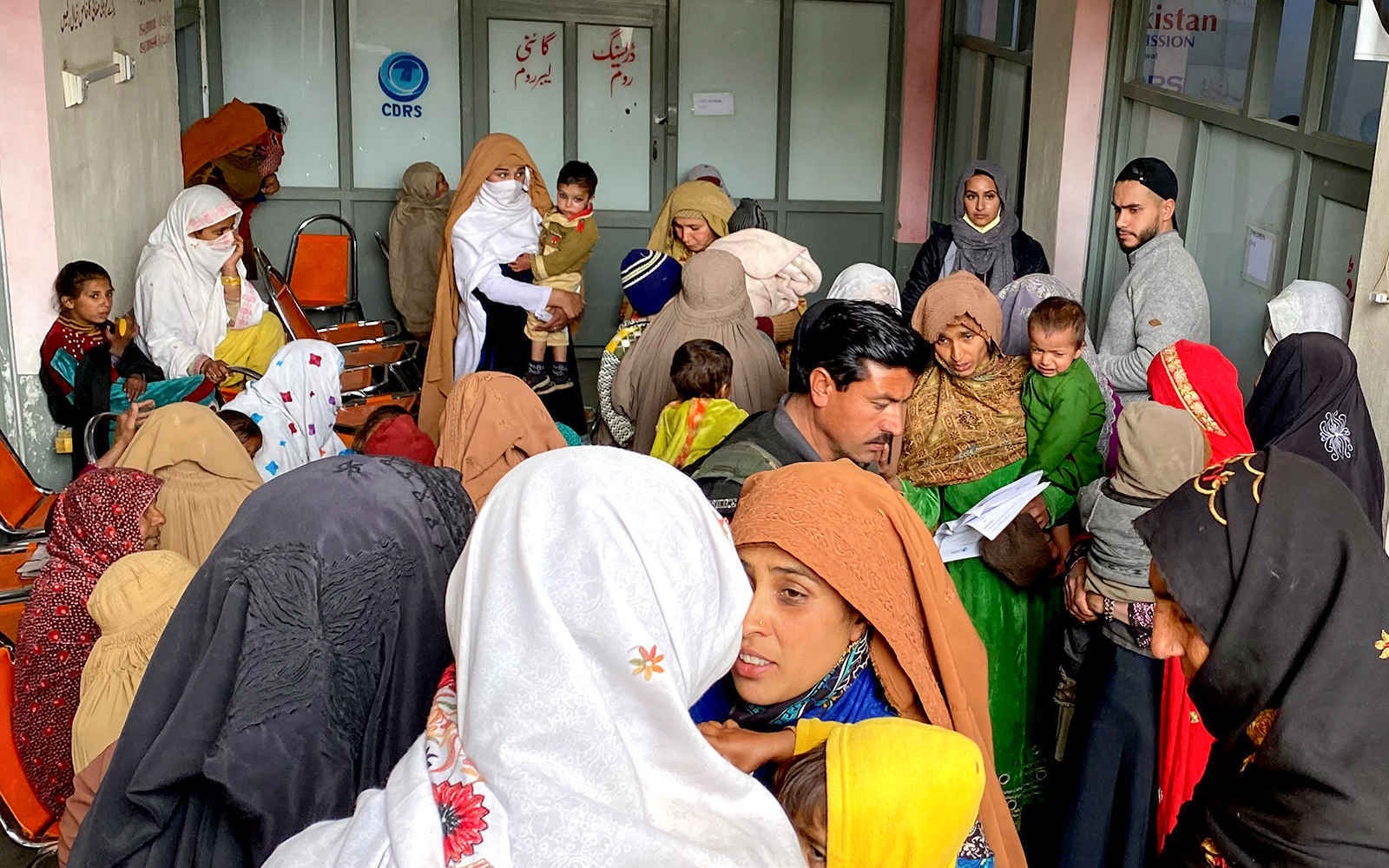 IMR has started a regular medical mission to Pakistan, in collaboration with CDRS (Comprehensive Disaster Relief Services). Our teams will travel to a CDRS operated mother and child clinic in Rahat Kot, Swat to supplement their effort.

In 2019, IMR funded the full operating cost of a health center near Umerkot, in the remote Tharparkar region of Sind province. We also funded the establishment of a specialized dental center for the thalassemia patients in Karachi.

IMR has remained engaged in medical relief activities in Pakistan since the devastating 2005 earthquake, when we treated tens of thousands of injured and sick people in over 4 months of work there. Since then IMR has adopted villages & schools in affected areas, helped renovate & open a maternity hospital in Quetta, set up a thalassemia center in Rajanpur, established and operated relief camps for Swat IDPs, provided medicines and held medical camps for Waziristan IDPs, conducted 41 medical and 5 free eye camps for 2014 flood affected people, funded and operated a fully equipped mobile dispensary in rural areas of southern Punjab, provided supplies and specialized equipment to different medical facilities and opened basic health units in multiple locations.

In 2016/2017 period, IMR donated $15,000 to provide hearing aids to needy hearing impaired patients in Muzaffarabad, contributed $10,500 to purchase specialized transfusion chairs for a blood disorders treatment center in Karachi and procured & distributed $35,000 worth of winterized tents & blankets among the people displaced by the earthquake in Chitral region.

During August 2017 IMANA sponsored a dental mission comprising dentists & students from Howard University, Washington DC, which provided free dental care to over 2000 people in the villages around Islamabad including 600 children at an orphanage.

IMANA entered into a collaborative program with an ophthalmology clinic in 2017, and during 2018 we also made a grant to procure new operating microscope and other equipment. 90,760 eye exams were conducted and the program has benefited 7,802 patients with free cataract surgeries among the poor, rural people of Punjab, Khyber-Pakhtunkhwa and Azad Kashmir till June 2019. A new ambulance was procured for a health center in Karachi during 2018, it assists in transporting up to 30 patient daily.